Co-President, Chief Operating Officer; Chairman of the Board

Isaac is a Brazilian marketing master and economist (not to be confused with the famous fashionista) who spent most of his 20+ years career honing his award-winning skills on behalf of international brands such as Coca-Cola, Bellsouth International, Sprint-Nextel and British American Tobacco.

His career began as an analyst, media and brand manager at British American Tobacco in Brazil. He then headed various key marketing strategies for Coca-Cola and BellSouth International in Brazil and the United States. Isaac led multicultural marketing for Sprint-Nextel.

Alma lured him to the agency side of the business in 2009 as SVP, Managing Director leading the agency's business and operations, and today he is Co-President of the agency acting as Chief Operations Officer. Isaac was recognized as U.S. Hispanic Marketer of the Year in 2006 by Ad Week’s “Marketing y Medios” for his work at Sprint-Nextel. 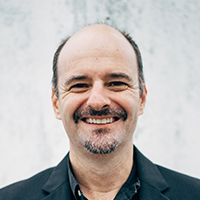