Christina Park joined WNYW/ Fox 5 in August, 2007 as an anchor. Previously, she was an anchor for CNN Headline News and CNN.com Live. She has also reported for CNN Newsource in D.C., and was previously a weekend anchor/reporter for KPRC, the NBC affiliate in Houston.

Park was anchoring the night the Iraq War began. She has also anchored and produced during major events such as the 2004 Presidential election, the Tsunami disaster and the Shuttle Columbia tragedy. As a field reporter, she has covered major stories such as Hurricane Katrina and Rita, as well as the collapse of Enron.

Park's career in journalism followed a unique path -- she was studying to be a doctor when she chose her true calling -- journalism. She joined CNN in 1999 as a medical and health producer for CNN Headline News. She has also reported for Headline News as well as for CNN, CNN International and has served as an anchor for CNN Student News. During her tenure at CNN, Park helped launch a number of programs, including "CNN.COM," for which she received a National Headliner Award. She also launched a profile-style program, "People in the News." In August 2001, she moved to Headline News as a writer for the launch of the revamped network.

Park graduated with honors from the University of Pennsylvania with a degree in Neuroscience. She was a concert pianist for the Atlanta Symphony Youth Orchestra and is fluent in Korean. Park resides in New York with her husband. 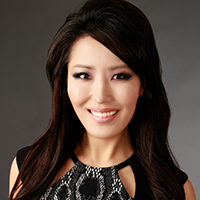