In 2015 Auguste joined Fuse Media after serving five years as the Vice President of Research for Logo. While at the network she oversaw a team that created, analyzed and disseminated all quantitative research projects. Her responsibilities also ranged from conducting qualitative program and brand research, regularly analyzing programs and ratings, provided overall performance analysis, and, was involved in statistical analysis for Logo’s digital platforms including websites and apps.

Auguste began her career in 2000 after earning a Master’s degree in Marketing from Baruch College and a Bachelor of Arts in Psychology from Boston College. In 2006-2007 she graduated from the NAMIC Executive Leadership Development Program. 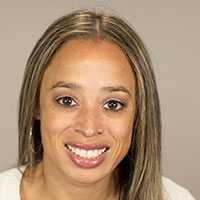