Prior to joining NBCUniversal in 2006, Romero served as one of the first employees working on Univision’s digital offering as Vice President of Sales (2000-2005). Previously, Romero was a Vice President at Katz Media Group, where he was responsible for leading the Northeast Sales team generating revenue for Hispanic radio stations in the region.

Romero began his career at The Bravo Group, a leading Hispanic media agency, where he focused on media strategies for a broad array of Fortune 500 clients.

A graduate of St. John’s University, Romero lives in New York with his wife and children. 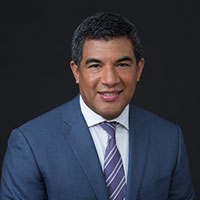