Prior to joining Roku, Bernarda was Vice President and General Manager at Meruelo Media, LLC where she led the #1 broadcast affiliate for MundoFOX.  Bernarda joined Meruelo from the Fox Network where in her role as Vice President of Broadcast Distribution, she launched the MundoFox network. From 2006 to 2012, Bernarda held various marketing positions including Chief Marketing Officer for the Raza Development Fund, the financial arm of the National Council of La Raza, and Director of Multicultural Marketing for AIGDIRECT.COM.

She started her media career in 2001, serving as Station Manager and Executive Director of Broadcasting at the local Univision affiliate in Tucson. Bernarda worked at Univision several years in local programming, sales and operations for the stations in Los Angeles and San Francisco. 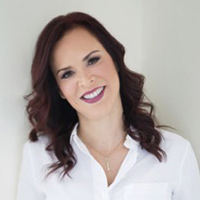