Jeimy, the youngest of 6 siblings (3 from the mother’s side and 3 from the father’s side; all of them being older by at least 20 years.), shows a love for music from a very early age. She soon joined the Children’s Choir of Ponce and also performed on several occasions in Ponce’s most famous theater, El Teatro de la Perla. Upon entering middle school, Jeimy began to stand out in the majority musical activities in and out of school. Slowly in doing so, she developed a passion for singing. It was then she began taking singing lessons with teacher, Nydia López. Later, when she became a student at San Conrado in Ponce, she formed part of the dance team and the school’s choir. Being in her school’s choir made her further prepare and develop her voice.

At the age of fifteen, after a long conversation with her parents, Jeimy decided to graduate early from High School in order to get a head start on her studies in Education. In doing so, hoping to later on focus on becoming a professional singer. Only being sixteen years old, Jeirmarie was accepted into the University of Puerto Rico in Ponce. She began studying Education and was awarded a scholarship for being a High Honor Roll student. In her second year of college (2004), she participated in the 24th Annual Festival of the Voice. She won first place with Christina Aguilera’s version of the song “Contigo En La Distancia”. Following her win, she later became guest artist at many events in and out of school.

In her last year of college (2007), she decided once again to sign up for the Festival of the Voice. The night of the contest, she ended up winning first place with “Amar Es Lo Que Quiero” by David Bisbal. In 2007, Jeimy flies to New York, as part of the Association of Modeling and Talent. There she wins second runner-up in the singing portion of the contest with Gnarls Barkley’s “Crazy”. At the same time, she wins first runner up in Group Modeling, a competition that has around 3,000 participants. With her success, she was able to be interviewed by various talent agencies from both the United States and Europe.

She decides to start exploring the world of acting and is selected to play a Guerilla in the film with protagonist Bencio del Toro, “Che- A Reveloutionary Life”, which filmed scenes in Puerto Rico. It was when she graduated from college at the age of 20 that she decided to move to the metropolitan area of Puerto Rico in order to get a job and continue her career in both singing and acting.

In 2008 she was selected to play “Dynamite” in “Hairspray”, a Broadway musical brought to Puerto Rico. This show was presented in the Sala de Festivales del Centro de Bellas Artes Luis A. Ferré in San Juan, Puerto Rico. With this role, Jeimy was able to showcase her now matured voice and her great stage presence. “Hairspray” opened up many doors for her, one being in 2009 when being selected to play “Taylor” in “High School Musical on Stage”. This was her second time presenting in one of the most important and prestige theaters in Puerto Rico.

Between musicals, she was able to also participate in foreign productions for the network HBO and Showtime. She formed part of the cast of “Love during War Times” and “One Hot Summer”. Continuing her development and career as a theater actress, she participated in the Broadway musical “RENT” as “Joanne”. The musical was produced by the Arts Committee of Productions and was presented at the Sala René Marquez del Centro de Bellas Artes Luis A. Ferré in Santurce, Puerto Rico.

She also participated in the Telemundo series “Zona” as “Tina”, a young dreamer with hopes of becoming a successful singer. Jeimy was invited to star in the television series “La Historia de Tu Vida” or “The History of Your Life”. She sang songs from the 60’s all the way through the 90’s. In this series she covered songs from Whitney Houston, Tina Turner, Jackson Five and more.

Later, Jeimy was selected to play the role of “Lolita” in Puerto Rico’s own musical “Barrio Arriba Barrio Abajo”, in the May 2010 at the CBA. It was then that she also was selected to play “Rosa” in the Hollywood film “Fast and Furious 5”, which filmed various scenes in the United States and Puerto Rico.
After that great achievement, she ended her year playing “Our lady from the Spa” in the musical “NINE, The Musical”. This was her sixth time performing at the Centro de Bellas Artes in Santurce.

In 2011, she decided to move to Miami, Florida to continue to develop her acting career. The same year she was selected to play “Tania Taylor” in Telemundo’s soap opera, “Una Maid en Manhattan”.  In July of 2012, Mexico received her with open arms as she joined the cast of “Porque El Amor Manda”. She interpreted the lively “Jessica Reyes”, a Puerto Rican that resides in Monterrey where the plot takes place. The Televisa production was produced by Juan Osorio and had lead protagonist, Fernando Colunga.

After the success of the Mexican soap opera, Jeimy returns to Miami to participate in a new Telemundo’s new soap opera with protagonist Gaby Espino, “Santa Diabla”. She played the role of “Mara Lozano”, a successful business woman with a complicated love life and is the victim of racism.  Returning to her love for music, her passion, Jeimy then collaborated with “La Línea Band”, a local band who performs all around Florida, including places like South Beach, Downtown Miami, Fort Lauderdale, West Palm Beach, Orlando and many other cities. In 2015, she played “Candela” in MundoFOX‘s (Now MundoMAX) “El Capitán Camacho”.

Also in 2015, Jeimy was lead protagonist in a series for Fox TeleColombia “Celia”. Based on the life of the famous “Queen of Salsa”, Celia Cruz, Jeimy took on the challenge of playing the “young” Celia. The series was so successful it was nominated for various awards, including three TV and Novelas (Colombia) awards. Within these nominations, Jeimy was nominated for “Favorite Female Protagonist in a Series”. After filming “Celia”, she returned to Puerto Rico and formed part of a new project for television named “Soñadores”.

In 2016, Jeimy began her year by filming a new movie called “I Love U.S.A”. In March of 2016 she filmed a new pilot, “The Death of Eva Sofía Valdez”, for the network ABC. Also, took part in the HBO Series "Habla y Vota". In 2017, Jeimy got her first lead role in the movie "23 Horas", Puertorican Independent film, and also her first lead role in  musical theater, "Borikén, La Isla de la Musica", premiered in Puerto Rico Performing Arts Center. Also had a co-star appearance in the Sony Crackle TV Series, "Start Up 2". By the end of the year she performed the song  "El Boricua" with the Suncoast Emmy Award winner, Banco Popular, in "Nuestra Isla, Nuestro Encanto".
​
In 2018 Jeimy made a Guest Star appearance in the Golden Globes Award winning  "Jane The Virgin". 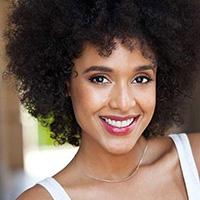