For the several years she has collaborated with the International Academy of Television Arts & Sciences for the final round Judging of the International Emmy Kids Awards. Throughout her career she has been involved on the launch and development of several networks in Latin America and the United States and she has also developed and produced children¹s shows in Latin America - specifically in Ecuador, Chile and Peru.

Doris is a telecommunication professional with over 25 years of experience in Television. She graduated from the University of Lima, in Lima - Peru, where she studied Communications. She continued her studies and completed a Masters of Art in Telecommunications at George Mason University in Virginia, USA. 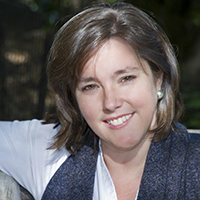