Mary Ellen Holden is the New York Council Lead for the Geena Davis Institute on Gender in Media and a Contributor to MediaVillage. She is a speaker and panelist on gender, diversity and inclusion. Prior, Holden was SVP,  Marketing and Research at Newspaper National Network. Holden is best known as a cable television leader, holding senior level marketing and business development positions at USA, MSNBC, and Nickelodeon. She is an innovator in the digital space having chaired the original IAC cross-company committee. Her career started in the promotional licensing and sports marketing arena conducting consumer promotions and live events for the United States Olympic Committee, Hanna-Barbera, Jim Henson Productions and Twin Peaks. She has a Master’s Degree from Columbia University/Teacher’s College. 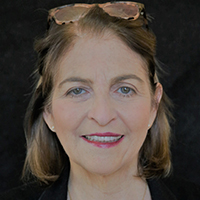