Smyth began her career as a communications specialist for Centro de Información de las Naciones Unidas in Mexico City. She holds a degree in communication sciences, with a major in journalism from the University Anahuac del Norte in Mexico City and a diploma from the Kellogg School of Management in Chicago. 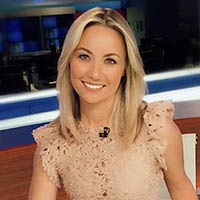