Full Name
Burke Berendes
Job Title
Partner
Company
Condista
Bio
Burke Berendes started working in cable television during the ‘birth’ of Spanish-language cable in 1994 and has been a partner at Condista since 2002
• Started with GEMS Television - the channel that was re-launched as mun2 and re-launched again as NBC Universo
• Started with GEMS in 1994 as a sales assistant
• In 1995, was promoted to Regional Sales Director of the Eastern region
• In 1999 was promoted to chief of the department as the VP of Affiliate Relations
• Worked with the deal team that managed the sale of GEMS Television to Telemundo
• Burke partnered with Jorge Fiterre in 2002
• With Jorge Fiterre and the rest of the team at Condista, Burke has helped grow the Spanish language pay TV industry by bringing in content from Mexico, Spain and South America, including Nuestra Tele , Gol TV, Video Rola, Claxson, 52MX, Canal SUR, Telefe, Antena 3, SUR Peru, HOLA TV, TeleFormula, AtreSeries and RCN Novelas
• Condista today represents channels for distribution and for advertising sales in the US & Latin America and also operates a VOD distribution system in Latin America
• Today Condista also operates its own channel: the English language children’s network, Kids Central.
• Burke graduated from the University of Southern California in 1994 with a Bachelor of Arts in both International Relations and Public Relations 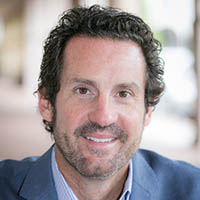