Alberto Marzan is Founder and Chief Executive Officer of AfroLife and Press Media Group. He is an internationally recognized leader in media, enterprise strategy, and marketing. Throughout his distinguished, 20-year career, Alberto has brought consummate leadership to numerous prestigious roles, including CEO of International Children’s Heart Foundation, CEO of Dominican Gold Coffee, and CEO of Inspiring Champions. In addition to his tenure in these and multiple other executive positions, Alberto founded and served as CEO of an interactive marketing and software company. He also founded two other marketing and advertising agencies, providing his exceptional leadership talents and skillful collaboration on behalf of such notable multi-national companies as Buena Vista Pictures, Disney, the US Department of Defense, H&R Block, and 3M. A former board member of Big Brothers Big Sisters of America, Alberto also co-founded the Council to Combat Teen Cruelty. In 2004, Forbes Magazine recognized Alberto as one of the nation’s outstanding young business leaders, and in 2008 Alberto received Minneapolis/St. Paul Business Journal’s 40 Under 40 Award - its youngest recipient and first and only Dominican ever to receive the honor. Twin Cities Business Journal named him one of 2008’s Minority CEOs of the Year. 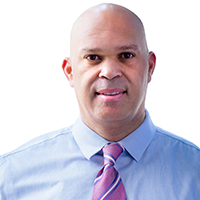