Sean Cunningham is the president and CEO of the Video Advertising Bureau (VAB), one of the advertising industry’s leading sources of consumer insights and the voice of the premium video advertising industry. Since his appointment in June 2003, he completely transformed the former Cabletelevision Advertising Bureau (CAB) from an informational bureau to a direct-to-marketer advocacy group. Then in May 2015, Sean transformed the organization again to become the VAB, opening it up to all ad-supported premium video distributors and producers. Most recently, the VAB’s ascendency in the U.S. advertising conversation was heightened with the launch of the industry’s first, national video advertising campaign featuring the founders of visionary digital native, direct-to-consumer marketing companies. The campaign was seen across VAB members’ multi-screen ad platforms. 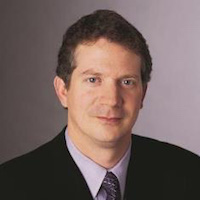