"The Facts of Life," "Living Single," and "Living the Dream" Reality TV Star, "The Real Housewives of Atlanta" and "Dancing With The Stars."

Kim Fields  – A veteran actress and household name, Fields has starred in the long running sitcoms The Facts of Life and Living Single. Both shows remain in worldwide syndication, consistently
reinforcing her place as an American pop culture icon. She has also appeared on The Real Housewives of Atlanta and Dancing With The Stars. In BritBox’s Living the Dream, she plays the Pemberton’s larger-than-life neighbor who is not afraid to embrace her sexuality. 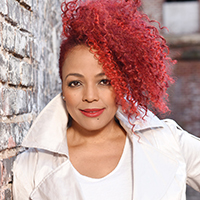